It makes me so happy to say that I am finally in New York City! Ahh! My first few days here have been wonderful; the group of people that God has placed me with this summer is absolutely amazing, and my experience so far has truly been unprecedented. Before I dive into everything that God has done in just the first few days of this project, I’ll throw in some pictures: 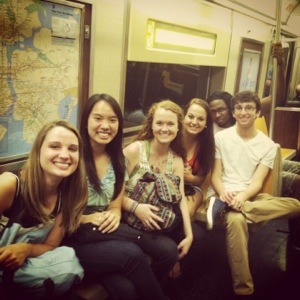 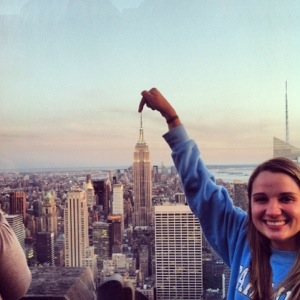 To think that I didn’t know any of these people a week ago blows my mind. Within just a few days, we’ve become such a tight knit group, and I think it’s because no matter how different we all are, we relate to each other in our love for Jesus, which is the core of who we are. Our team is composed of people from places all over the south, so we also share in our extreme lack of knowledge concerning all things New York… But we’re learning! Today I successfully navigated most of the subway routes on my own because I’ve finally figured out how to read the map, so I’m just one step closer to getting the hang of it all. On our first day of training, our director basically explained to us that truly understanding New York City requires us to understand so many intricate cultural systems from all parts of the world; despite the cross-cultural training we’ve received, we are clearly nowhere near being able to understand all of the people that make up such a great city. But hey, I’ll give it my best shot.

Obviously, being in this new place has required that I take major steps out of my comfort zone, and it’s been exhausting both mentally and physically. On Sunday, I went to a rooftop cafe with two girls from my team so that we could sit down and try to get away from all of the chaos. Of course, I decided to just start writing about everything that had happened up to that point; it’s been a bit of a stressful time for me because on top of all of the changes happening here, there were situations back home that I felt like God was calling me to walk away from and allow them to play out without my provision for the coming weeks. For someone who loves control, I was incredibly reluctant to do so; but as this trip came closer and closer, I realized that it was important for me to take a step of faith and trust that God would be over those situations with or without me there. I knew that being involved with the things happening at home would only distract me from my mission in New York, so — with great hesitation — I left them behind. Despite my confidence that this was what God wanted from me, it still shook me in a deeper way than I could explain. But while I was sitting in that cafe, I read this verse:

“…Jesus replied, ‘You may go. Your son will live.’ The man took Jesus at his word and departed. While he was still on the way, his servants met him with the news that his boy was living.”
-John 4:50-51

I’m not the only person who the Lord has ever told to depart before He chooses to do His work. Jesus asked the man to depart first, and then he performed the miracle. The man’s departure was an act of faith; what else but faith would drive you to walk away from your dying son? In the same way, I have to remember that my departure from the situations I left at home is an act of faith, and that God most definitely does not need me to oversee what He’s doing. He asks me to trust Him, because He is faithful.

So that’s where I’m at right now. And this only scratches the surface of everything that I have taken in so far since I came here — I’ll save that for another post, though. :) Praise the Lord for all He has done and all He will continue to do in these next few weeks — I’m so excited about it all!

P.S. I’m typing all of this from my phone because I don’t have my computer here, so I apologize for any typos, format issues, etc.!

One thought on “project NYC: life so far.”